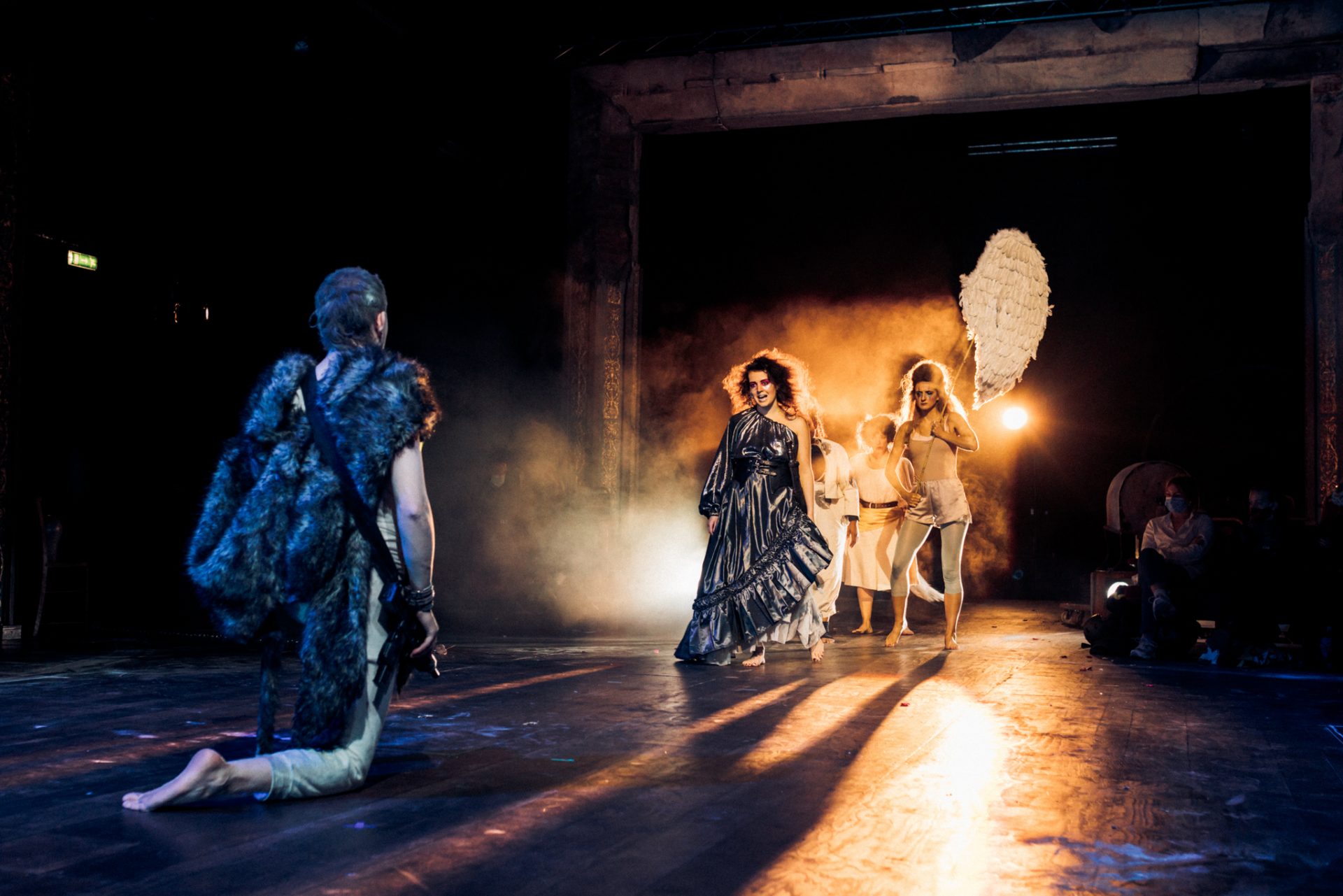 Life is a Dream

A spectacular exploration of fate, free will, and reality's fragility

In an evening filled with spectacle and wonder, Pedro Calderón de la Barca’s Life is a Dream (La vida es sueño) – a story of fate, free will, and the fragility of reality – is stunningly brought to life on the Lyceum’s stage.

A story of fate, free will, and the fragility of reality, Life is a Dream follows Segismundo, a prince who has spent his life imprisoned due to a prophecy foreseeing him as a tyrannous ruler. When it comes time for his mother, queen Basilio, to choose a successor, she decides to test fate by freeing her son to see how he behaves. However, if Segismundo’s prophesised destiny proves to be true, he will be imprisoned once again and told that his day of freedom was nothing but a dream. Meanwhile, a woman named Rosaura arrives in Poland seeking vengeance for herself and her unborn child.

Beautifully translated by Jo Clifford, this interpretation of Life is a Dream preserves Calderón’s poetic genius while updating the story for a modern audience. Clifford expertly balances the play’s comedic aspects with its protagonists’ existential crises, constantly playing with the audience’s emotions. Clifford and Calderón’s words are brought to life by a superb cast of performers, who transfix their audience from the outset.

At the centre of the action are two of Scotland’s most exciting emergent actors: Lorn Macdonald and Anna Russell-Martin. Macdonald shines as Segismundo, a prince who cannot tell the difference between what is a real and what is a dream. His delivery of Segismundo’s tortured monologues is mesmerising, and he equally excels during the play’s comedic moments. There are a few occasions where Macdonald fixates on the prince’s “wild” nature – heavily grunting and contorting his body like an ape – creating a uncomfortable dissonance between his feral behaviour and eloquent speech. Nevertheless, this garish nature of the prince is all but forgotten in his terrific closing monologue in Act II and fortunately doesn’t re-emerge.

As Rosaura, Russell-Martin perfectly encapsulates the fury and vulnerability of a dishonoured woman. Her impassioned plea to Segismundo to help restore her honour is extraordinary, unpicking the gender binary that Calderón recognised in his own contemporary society. It truly is a marvel to see these two powerhouses together on stage.

Equally impressive are the supporting cast, who all have their moment in the spotlight – particularly Laura Lovemore as the mischievous chancer Clorin. The decision to make Basilio a woman (played here by Alison Peebles) also adds a new vulnerability to Calderón’s original character, presenting a mother torn by her decisions.

Without an interval, the 145-minute running time will leave some feeling restless. Although the absence of a break may be a Covid precaution, Segismundo’s gut-wrenching speech at the end of Act II would be far more impactful if audiences were left reeling in his torment. Similarly, Clorin’s comment about still being imprisoned come Act III doesn’t fully hit the mark (by this point, her captivity has only lasted a minute or so).

This decision is not enough to detract from what is otherwise a spectacular production that revels in its theatricality. Everything is exaggerated: the costumes, makeup, and set pieces are bold and brilliant. The repeated breaking of the fourth wall is delightful. As for the music, Nerea Bello‘s stunning vocals and Spanish laments haunt Segismundo and the audience, creating an unforgettable atmosphere.

Beguiling from start to finish, this is a dream of a production that you will want to return to again and again – awake or asleep.