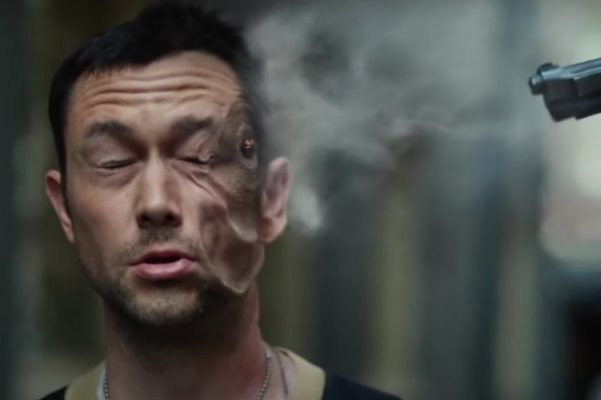 Project Power examines the effects of a super-drug which can turn its users into super-humans for a brief time.  The protagonists are a cop, a father and a teen girl, and the viewer is invited to watch them all battle towards some sort of redemption in a New Orleans superhero-verse.  The gaming trope doesn’t stop there and the film examines the link between giving the product away for free and addiction, albeit briefly and superficially.  It also seems beset by surprising budget constraints and a lack of obvious star power, with Joseph Gordon-Levitt as hero-cop Frank and Jamie Foxx as the anti-hero dad.  The shadowy forces behind the drug kidnap Foxx’s daughter as she contains the genetic code required to replicate it.

Directors Henry Joost and Ariel Schulman seem keen to get Gordon-Levitt to reprise his altruistic cop-persona from Dark Knight Rises, whilst Foxx does well with relatively uninspiring and vague goody/baddy traits.  The forgettable quality of the dialogue and character development lies with the much-feted Mattson Smith, who has garnered a writing credit for The Batman in between the release of this project.

Whilst covering the super-hero bases of stalking a villain in darkly lit locations Smith’s script also manages to deal with a delinquent teen with enviable rhyming skills, played by The Deuce’s Dominique Fishback. This well-executed but incongruous component makes parts of the film feel like 8 Mile and clearly panders to a schoolkid demographic. There are also missed opportunities to create some unique imagery capturing the effects of a superpower literally tearing through the body, but again the viewer is deprived of the more real-world aspects of being on fire, running into a wall, being shot in the head etc.

Part of the blame for these compromises should find its way to producers Brian Unkeless (The Hunger Games) and Eric Newman (Narcos). By the third act and the umpteenth unrealistic fight sequence, where no one seems to get hit thanks to bullets rendered less effective than usual, the imagery starts to blur into one Marvel/DC soup.

As it approaches its third decade, the superhero as a thematic muse has, despite box office, evidence become tired, pallid, and weak.  This particular premise about a dangerous drug and the need to combat/remove it from the streets lacks cultural relevance, and the effects of a super-drug were examined and explored more fully in 2011’s Limitless.  It forgoes any opportunity to make a more substantial statement in favour of trying to match the more lucrative Marvel and DC spectacles which are themselves starting to lose lustre.